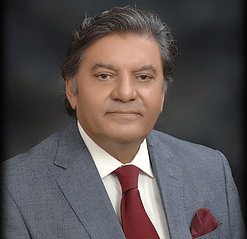 Last week when Islahuddin, chairman national selection committee, announced the 18-member team for Asian Games, scheduled to be held in Indonesia from August 18-September 2, the players dropped a bombshell by announcing that if their daily allowances and other dues were not given, they would not participate in the Asian Games.

Of course, this was a serious matter, and all hockey lovers and PHF itself were stunned. Why did the players do this at a time when our hockey is at the take off stage?

PHF took the issue seriously and calmed down the sentiments of the players. PHF president Brig (retd) Khalid Khokhar assured the players that their daily allowances and other dues would be released before the Asian Games and urged them to continue their training.

Khokhar told that he would visit the Green-shirts training camp in Karachi this week and give them good news pertaining to their daily allowances and other financial benefits. But at the same time Khokhar directed them that due to the delay in release of their daily allowances, the players must not quit their training programme because a lot of hard work has been done to make the national hockey team strong and a lot of resources have been spent on it.

It is pertinent to mention here that the caretaker government stopped the approved financial grant of Rs200 million to PHF citing financial crisis.
Khokhar said that PHF itself had made arrangements through his personal contacts for the payments of the dues. Thus, the players should not worry about their dues, he said.
He said that PHF did a lot of hard work to revive the national game’s prestige. Holland’s Roelant Oltmans, the world’s most successful coach, has been appointed for their training, most advanced physical fitness technology system has been purchased to improve their physical fitness, a foreign physical trainer has been appointed for them.

PHF sent the Green-shirts to Australia for the Commonwealth Games in April this year and then to the Netherlands for participation in Champions Trophy.
And the result was that they defeated Olympic champions Argentina 4-1 after defeating Canada 3-1 in Commonwealth Games where they remained unbeatable. The Green-shirts gave tough time to world champions Australia, losing to them by a thin margin of 2-1 after a nail-biting encounter. They played a draw against Belgium, the European champions and world number three. All these successes should not go waste just because of delay in the payment of their dues, Khokhar said.

He said that whatever happened after the trials and announcement of national hockey team in Karachi last week should not have happened. “But they should now forget it and continue their hard work in the remaining days of training camp and go for Asian Games and prove their skills,” the PHF chief said.
He said their financial issues have been resolved. “But they must know that PHF, the entire hockey fraternity and the entire nation want to see them successful in Asian Games,” the PHF chief said.
Meanwhile, the manager of the Green-shirts Olympian Hasan Sardar said that despite the episode of players’ protest for the payment of their dues, the training and preparation programme of the players is continuing.

The Story of Shahbaz Ahmed, the Maradona of hockey